What Exactly is Cloud Gaming? 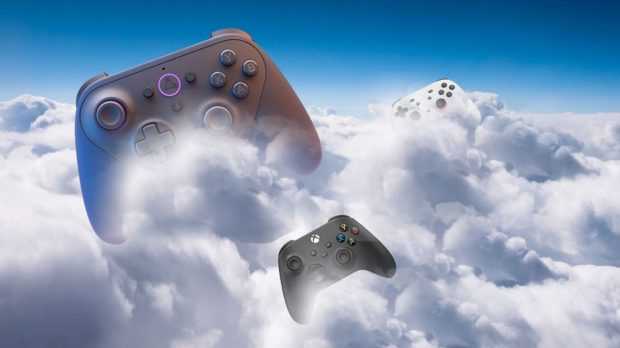 Cloud gaming has been a major innovation in both streaming and gaming for the past five year. Although the technology was slow at the beginning, it has since evolved to be a practical and easy way to play the best games on virtually any hardware. We will explain how it all works and discuss its benefits and drawbacks.

Cloud gaming is simple. Cloud gaming is a game that runs on remote servers. You receive a rendered stream. It works in these ways: To send your mouse and keyboard movements, and receive the image, you first need to download a cloud-based gaming launcher. The next steps are quite simple. Select a game from the library. The application sends all input to the server, and it reproduces everything on their servers. All mouse movements and button presses are recorded without delay. Although it may appear that you are running this game on your own computer, the server ultimately controls everything. Maybe there won’t be a need for expensive personal computers in the future.

Cloud gaming services allow users to play the most recent games on any device with the maximum graphic setting, even devices with older graphics cards. You can play PC games on your smartphone and tablet. You can also play games on smart TVs. If you’ve ever fantasized about playing Cyberpunk but only had an outdated computer before cloud gaming, you were out of luck, but now you can enjoy it without having to worry about your hardware, operating system, or drivers.

Not only the top games can be played, but you can also play on any of the Minecraft Servers you wish and enjoy the best possible shaders or with the most sophisticated mechanisms you can think of. Minecraft is a game almost everyone has heard about. It’s a great game with amazing gameplay. There are many biomes and worlds that you can explore. This game can be run on any computer, according to some. Cloud gaming is a great option if you want to play on a server that has too many advanced mods and mechanisms that can often break your computer. This game has been purchased by more than ten million people. There are newer versions of Minecraft engine available that are considerably better in terms of speed optimization, but the old Java one can take up a lot of computing power if won’t provide enough attention to what you build in the game.

Cyberpunk will not be enjoyed at its best if it is played on the lowest possible settings. The game’s aesthetics are what make it worth the effort. The game features high-quality graphics, including shadows, reflections, as well as highly realistic characters. You will need to either purchase a high-end gaming card or use cloud gaming services to enjoy the best graphics technology in the industry. We think the last option works best.

Internet speed is the most important thing you should be concerned about. The speed of your internet connection will directly impact how you play the game. Ten megabits per second is all that is required to ensure that the streaming stream can be loaded on time. Speed is only one factor to consider. The delay time and number of lost packets are also important factors to consider. Latency is the time it takes for the signal from your computer and a cloud gaming server to reach your PC. The longer the delay, the more noticeable will be the lag. The quality of the image is affected by how many packets are lost. Loss of packets can cause blurred images and video streams to become shaky.