Who Is The Richest Celebrity Couple In The World?

Article Desk — March 20, 2021 reading time 7 minutes
 0 174 views
As we all have heard, successful people always flock together; here is a list of the richest celebrity couple in the World. Juggling between a successful career and marriage is not easy. This comes with its own challenges. But doing both successfully can make a famous power couple. We have put down the richest celebrities, along with their individual and combined net worth. These duos are not only happily married but have helped each other create a successful empire. Let’s get down to scrolling some of the most powerful and richest couples in the World.

Richest Celebrity Couple In The World

When two influential celebrities get married, they make a true power couple. Here is a list of some of the best and richest celebrity couples in the World.

Net Worth: $7.1 billion François Henri Pinault and Slam Hayek are the top richest celebrity couple in the World. Pinault is the CEO of Kering, the holding company of luxury brands like Yves St. Laurent, Gucci, Alexander McQueen, and Balenciaga, and many more. This group crossed more than $16 billion in sales in October 2020. Pinault alone is estimated to have a net worth of $7 billion. He has been married to Francois-Henri Pinault since 2009. She is a Mexican-born actress who has been a part of numerous Hollywood Blockbusters since she migrated to the U.S.A. In 2002 Salma’s role as Frida Kahlo earned her a nomination for an Academy Award. Salma’s personal wealth is estimated to be $200 million. Together this power couple becomes one of the richest celebrities in the World. 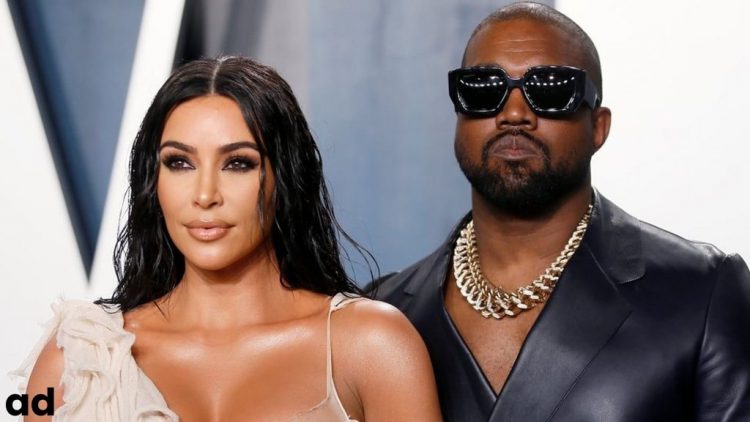 Net Worth- $4.2 billion Kanye West and Kim Kardashian are among the most famous celebrity couples in the World and the richest. Kanye and Kim first started dating in 2012 and did a crazy, lavishly expensive wedding ceremony in Italy in 2014. This power couple is nicknamed “Kimye.” Kim Kardashian is an actress, Tv star, and fashion designer who stars on reality TV shows, including the most popular “Keeping Up With The Kardashians” and also the “Kourtney and Kim” series. Kanye West is a successful rapper, producer, and songwriter who to date has sold more than *7 million records worldwide. He also has successful shoes and clothing brand, “Yeezy,” to add to the fortune. Kanye has won Grammy Awards 21 times and was also included in Time Magazine’s list of 100 Most Influential People in the World. The combined net worth of Kim and Kanye is $4.2 billion, making them the second richest celebrity couple in the World.

Net Worth: $3.5 Billion Steven and Kate are the best couples on this list. Steven Spielberg is an iconic and successful movie producer of all time with a net worth of $7 billion. Kate Capshaw is an American actress with a net worth of $100 million. They both married for the first time on the auditioning sets of Indiana Jones in 1984. The couple got married in 1991. This richest celebrity couple in the World has a total of seven children together. Till today Spielberg’s filmography has broken the 100 count mark record, and the credit continues to grow. He has been nominated for more than 200 major awards. Their combined net worth totals $3.5 billion.

Net Worth- $3.4 Billion Oprah Winfrey is among the most influential and richest black American women in the World. Stedman and Oprah started dating in 1986 and married in 1962. Oprah and Stedman were never married before this relationship but have dated many people before each other. Stedman Graham is an author, educator, businessman, and speaker. He has written several self-help books and has also been a columnist for Huffington Post. This power couple together boasts a net worth of $3.4 Billion.

Net Worth: $1.8 Billion Beyonce and Jay-z are undoubtedly the most famous and best celebrity couples of all time. After years of public speculation, the couple finally tied the knot in 2008 in a private wedding ceremony at Jay-z’s Apartment. The couple had their first baby in January 2012. Beyonce Knowles is one of the best-selling singles/artists of all time in the World. She is also a former member of the popular Destiny’s Child girl group. Her first album, “Dangerously in Love,” has sold more than 317,000 copies in the first week and was on the top of the Billboard 200. Beyonce alone has a net worth of $500 million. Jay-Z is a record producer, rapper, and entrepreneur with a net worth of $1.3 billion. He is known to be the most financially successful entrepreneur and hip-hop artist in America. Today, Jay Z has sold more than 75 million records and earned 17 Grammy Awards for music and many other nominations. This is undoubtedly the best couple in the industry and incredibly successful. They are not only successful singers but also entrepreneurs with several clothing lines (Jay-Z’s Roc-A-Wear) and successful investments. Jay-Z and Beyonce have a combined net worth of $1.8 billion, making them the 5th richest celebrity couple in the World.

Net Worth– $500 million Rita Wilson and Tom Hanks met for the first time on Bosom Buddies’ sets, an ABD sitcom in 1981. At this time, Tom was married to his college sweetheart, late Samantha Lewes. They reunited again in 1985 on the sets of Volunteers and got married in 1988. Tom Hanks is one of the most loved and well-known actors for the last 30 years. Some of his best roles were in movies like Sleepless in Seattle, Forrest Gump, Toy Story Franchise, and Philadelphia. Tom Hanks has a net worth of $400 million. Rita Wilson is also a popular actress known for her roles in Runaways Bride, Sleepless in Seattle, and My Big Fat Greek Wedding. Rita Wilson boasts a net worth of $100 million. Together the couple has a net worth of $500 million, making them one of the richest and best celebrity couples.

Net Worth-$450 million David Beckham and Victoria Beckham are some of the richest celebrities and famous couples in the World. The couple met at a Manchester United game in 1997 and started dating. Two years later, they got married in 1999. David Beckham is one of the most successful soccer players, and this is how he has earned most of his fortune. Victoria Beckham is popularly known as Posh Spice from the 1990’s pop group the Spice Girls. She is also a fashion designer, actress, British singer, and philanthropist. Together, this power couple has a net worth of $450 million, making them one of the richest couples in the World.

Combined Net Worth $400 Million Will Smith and Jada Pink first met in 1994 on the set of The Fresh Prince of Bel-Air, which Will Smith starred. Jada was auditioning for a role as his on-screen girlfriend, which she did not get because of her short height. Jada and Will soon became friends and started dating officially in 1995. They got married on New Years’ Eve in 1997 in Maryland, Jada’s hometown. This richest celebrity couple in the World founded the Will and Jada Smith Foundation. Will Smith is a popular American actor, producer, and rapper with a net worth of $350 million. Jada Smith is an American actress, director, producer, author, singer, and businesswoman with a net worth of $50 million. This couple combinedly has a net worth of $400 million.   Of course, there are so many more rich celebrity couples in the World, but here we have listed some of the most popular ones. Hope you like this post. If you do, do not forget to leave a comment down below and tell us about your favorite celebrity couple.
Click to rate this post!
[Total: 0]
Tags: richest celebrity • richest celebrity couple
GO TO COMMENTS (0)

The Wolverine: Hugh Jackman Net Worth

Tom Holland Net Worth AKA The Spiderman