What are the origins of Halloween Monsters, which we celebrate on October 31st every year? What does Halloween mean? Where do these monsters come from? There are many questions like this. In this article, we are going to reply to all these questions.
Creepy superstitions and supernatural stories always attract the attention of people. Well, have you ever wondered about the origins of the favorite monsters of Halloween? We have listed the 6 scariest Halloween monsters for you! Let’s check them out!

One of the scary characters immortalized in literature is Frankenstein’s Monster, which is a terrifying creature brought back from the dead by Doctor Victor Frankenstein. The book was written by 18-year-old Mary Shelley in 1816.
This book is considered the first science-fiction novel. Shelly notes that she got the idea from one of her dreams after she spent a rainy summer on the shores of Lake Geneva in Switzerland. Most of the story also takes place in the same area.
Her group stayed at Villa Diodati and due to the poor weather, they had to spend most of their time indoors reading ghost stories and discussing the scientific ideas of those times. Later on, the group decided to write their own horror stories and after the fateful dream of Shelley, Frankenstein and his monster were born.
However, the transformation of the gory monster into a dumb and bulky green giant happened with Boris Karloff’s grotesque make-up in movie adaptation in 1931.

Stories about immortal blood-sucking demons have been told around the world for over a thousand years and today, vampires are portrayed in many forms from sexy and pale-faced teenagers to glowing creatures of the night. However, none of these forms can match with the legacy of the cloaked beast we know as the noble Count Dracula.
We need to thank Bram Stoker for researching the myths and legends of misty medieval Romania and creating this creepy aristocrat by writing his novel “Dracula” in 1897. Stoker was inspired by Vlad III. Dracula, who was a 15th Century Transylvanian prince and called “The Impaler” for his brutal practices (It is worth noting that Dracul means devil in Romanian!).
Although many Romanian ruins are associated with Vlad the Impaler, it is believed that Bran Castle in Törsburg used to be Count Dracula’s haunted mountain residence.

Of course, there was nothing supernatural about mummies for the Ancient Egyptians. In fact, they perceive death as a sacred passage rather than something to be feared and therefore, they hold ceremonial rites. Well, where did the popular idea about the mummy’s curse come from? As always, it came from mystery-obsessed westerners…
In 1922, Howard Carter discovered the tomb of King Tutankhamun near Luxor in Egypt and under-covered treasure that had been hidden for 3,000 years. The press and people in England went crazy about this.
When Lord Carnavaron, who was the sponsor of the discovery, got sick and passed away after the trip, curse rumors spread with the help of the press. The fact that the discoverer, Carter, was going to live long enough to pass away naturally, would not stop the rumors.
The press even said that Carter’s canary was eaten by a cobra and associated the event with the curse. After all, cobras were the protectors of the Egyptian pharaohs!
Today, although we believe mummies are limping corpses with their arms outstretched, real mummies are tightly coiled. This means that even though they may wake up from their eternal rest one day, they had to jump or roll instead of walking!

Believe it or not but werewolves are first mentioned in the historical record in the 1st century AD! There are allegories written by the ancient Greeks about people who lost their human forms because of a curse or disaster.
Lycanthropy is the real term to define shape-shifting and it is the combination of Greek words “lykos” meaning wolf and “anthropos” meaning man.
One of the common legends about the topic is that one day mythological King Lycaon doubts Zeus’ omniscience and offers him a meal made of human flesh to test his prophetic powers. In return for this act, he was condemned to a lonely life as a cannibal werewolf.
Mount Lykaion in Arcadia, Greece is named after the unfortunate king and means Wolf Mountain. 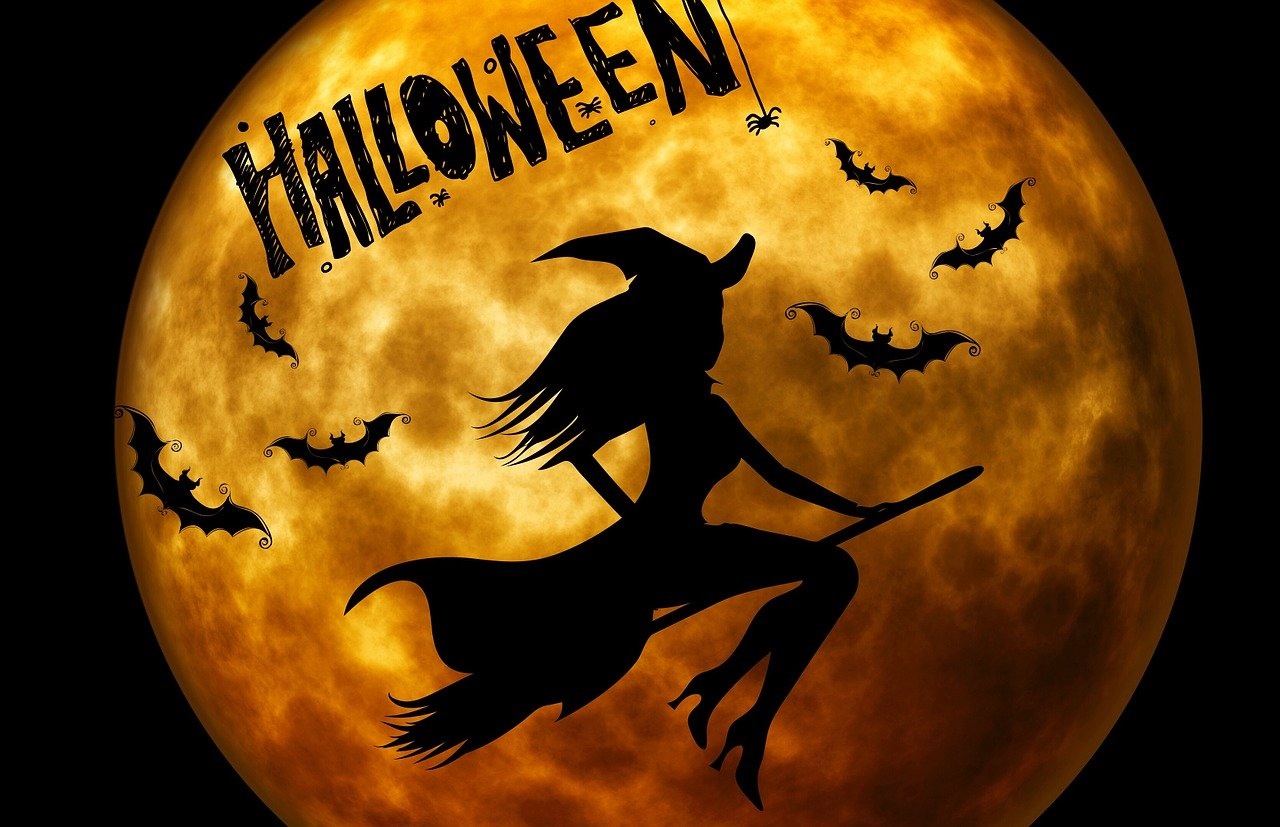 Belief in any kind of magic has become part of the human experience since our ancestors admired the fire they discovered.
In the struggle of good and evil, Christians inextricably associated witchcraft with devil worship and it did not take long for the western world to initiate large-scale witch hunts.
Probably the most famous of these atrocities was the Salem witch trials in the 17th century Massachusetts colony. In this historical event, a young girl, who suffered convulsions and screaming crises diagnosed with witchcraft by a local doctor and many other victims suffered the same fate.
More than 200 people were accused of practicing “demonic magic” until the colony admitted that these trials were a mistake. Despite its gloomy past, Salem city is so at peace with its past and uses a witch riding a broom on the logos of police cars. Today, anyone can visit the city for all things witchcraft.

The origin of the concept of zombie, which comes from the word “zonbi” in Haitian Creole, is based on rural Afro-Caribbean folklore and refers to the undead resurrected and controlled by sorcerers called “bokor”. Corpses resurrected with a spell often come back to life as a punishment and without the ability to speak and free will.
It sounds familiar, right? Well, how about their unquenchable hunger for delicious human flesh? Unsurprisingly, today’s zombie fashion, which is portrayed as carnivorous cadavers coming out of their graves in masses with their tattered clothes, is about Hollywood rather than Haiti.
While he did not mention them by name, the source of the modern fictional depiction of zombies is accepted as George A. Romero’s low-budget horror film “Night of the Living Dead”. Although we are no longer bothered by this unpleasant undead today, audiences were horrified when the movie was released in 1968!

How Much is Jerry Seinfeld Net Worth?

Emilia Clarke Aka Mother Of Dragons Net Worth

The Terminator AKA Arnold Schwarzenegger Net Worth