How MrBeast Burger Delivery App Got Trending #1 on App Store

MrBeast recently launched his brand MrBeast Burger and opened 300 MrBeast Burger locations overnight. He introduced his brand through his video titled “I Opened A Restaurant That Pays You To Eat At It” where he opened his first outlet in North Carolina.

Then he announced that he has opened 300 locations and soon then his delivery app was trending number on app store.

MrBeast Burger’s delivery app was a trending number 1 on the iOS store due to the fact that he already had made a crazy hype about his burgers through his video on YouTube. His delivery app was trending above fast-food giant apps such as Steak ‘N House, In-N-Out and McDonald’s and in no time the app crashed due to overwhelming orders.

His manager in an interview revealed that each restaurant was getting more than thousands and they had fewer delivery men and resources to fulfill the orders as they didn’t expect a huge response from the people.

As a result, some people got their order late than 2-3 hours and the food was not properly cooked. Now let’s see how they made it to the top and how you can order from their app. 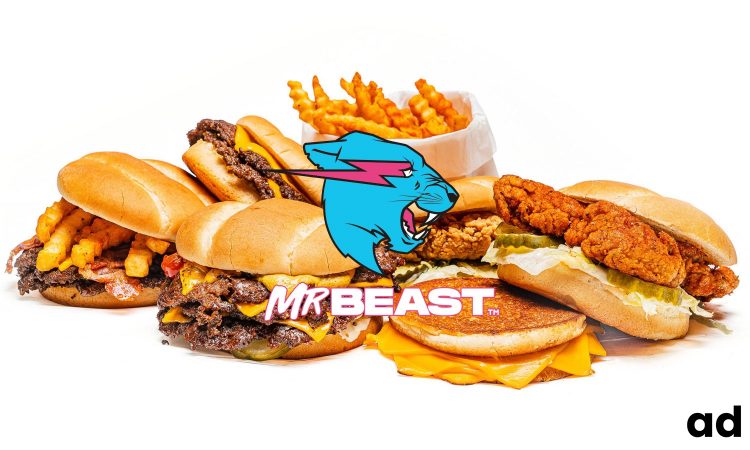 MrBeast partnered with a company named VDC (Virtual Dining Concepts) to make it possible to launch 300 restaurants overnight. The role of VDC is to partner with restaurants which can have maximize their working capacity.

Then the company gives all the necessary resources and training to the employees and restaurants make a 30% profit for making the orders.

MrBeast was planning to launch this concept for a year and nobody came to knew about his secret planning. Even when he launched his first outlet in North Carolina through his YouTube video everyone it was just an addition to his philanthropic acts.

Then he took to his social media handles and revealed that he had launched 300 restaurants overnight. Then soon his app started trending number 1 on the app store surpassing other major fast food chain apps such as In-N-Out and Steak ‘N House.

There were so many orders that soon his delivery app got crashed. Even after months, his app was still above many fast food chain apps.

His popularity and his big subscriber base helped him a lot to launch his brand. And this was the reason his delivery app got so famous and started trending on the iOS store.

His outlets were even on the other major delivery platforms but still most people chose to order from his own delivery app.

How to order from MrBeast Burger Delivery App

Below are the steps to order from MrBeast Burger Delivery app.

You can also order from other major delivery apps such as Doordash, Grubhub, Ubereats and Postmates. MrBeast recently tweeted that he they have now 420 MrBeast Burger locations across the country.

He also told that they have opened the first international restaurant in 5 locations across Canada.

How Much Is Jermaine Dupri Net Worth?