In January, I spent some time with Xiaomi-owned Black Shark’s Lucifer T1 wireless earbuds. They are far from perfect but I found them acceptable for their price.

Black Shark asked me if I would like to give the Lucifer T2 earbuds a try shortly after I wrote about them. The updated buds feature improvements in battery life, latency, as well as other features.

After testing out the T2 buds, I’ve found them to be a little better and a little worse than the T1s. Sound quality is a mixed bag — I found some songs sounded better on the T2 buds, but others didn’t. I tried several different genres of music, including jazz, hip-hop, rock, and metal. The earbuds seemed to work best for the first three, but all songs I tried sounded good.

Overall, the clarity was definitely better with the new buds. However, the bass tuning can still be a bit too loud.

Below is a list of the T2 specs and how they’ve improved from the T1 buds:

As with the T1s (and other “gaming” earbuds), I found the low-latency mode on the T2 buds didn’t make a huge amount of difference. On the upside, I didn’t have to use gaming mode on the T2s just to get decent sound like I did with the T1s. The flip side to that, however, is that the T2’s gaming mode significantly reduced audio quality compared to the music mode and the T1 buds. 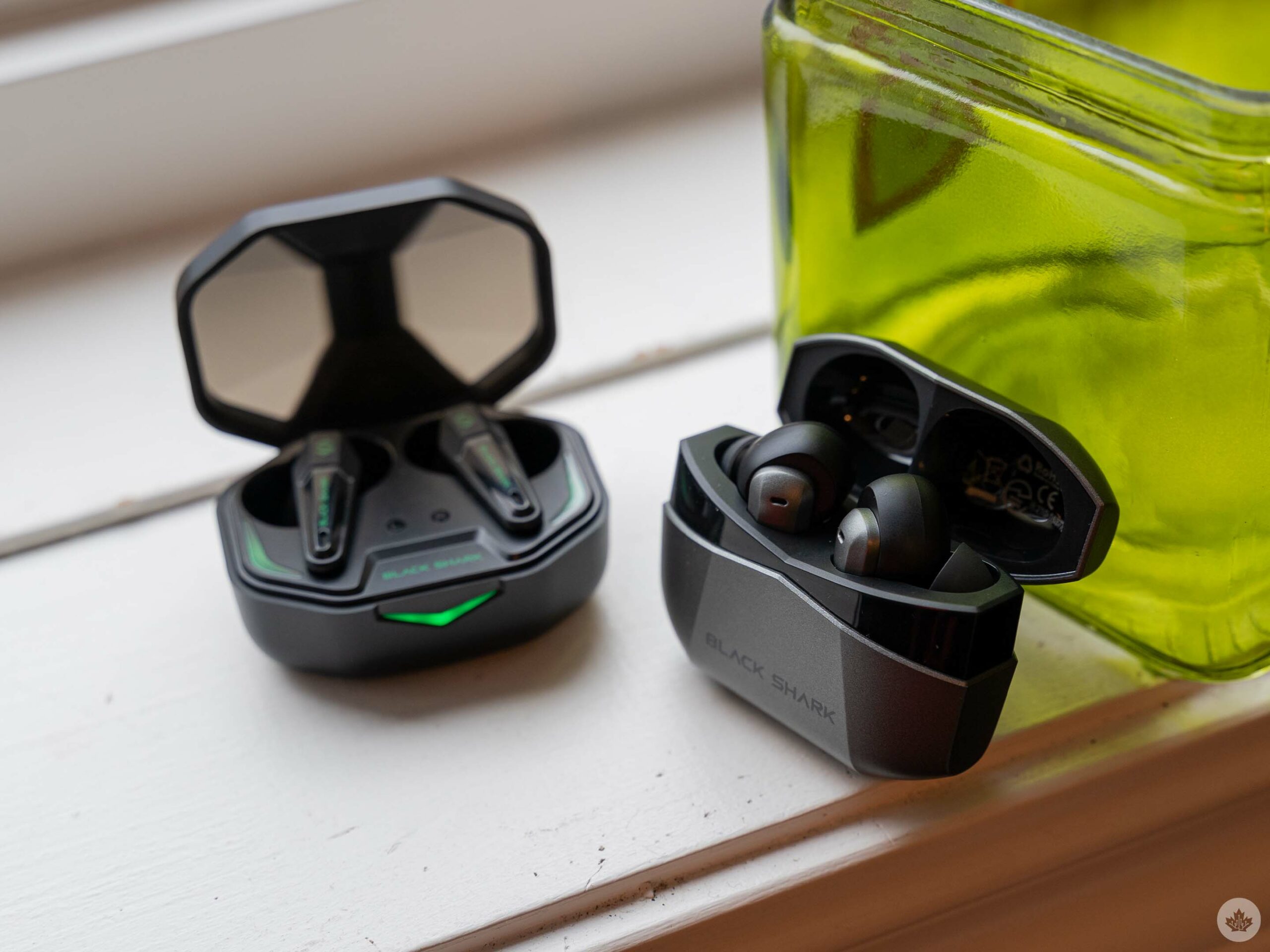 Other problems I encountered with the T1 buds weren’t present on the T2s, such as the inconsistent volume issue. The call quality was acceptable, too.

The only other changes made to the Lucifer T2 Buds were cosmetic, for better or worse. The T2 buds now come with a grey case that stores them vertically, just like the AirPods Pro.

The new case features better indicator lights with three green LEDs on each end that flash when charging and can also display the current charge level for each earbud. 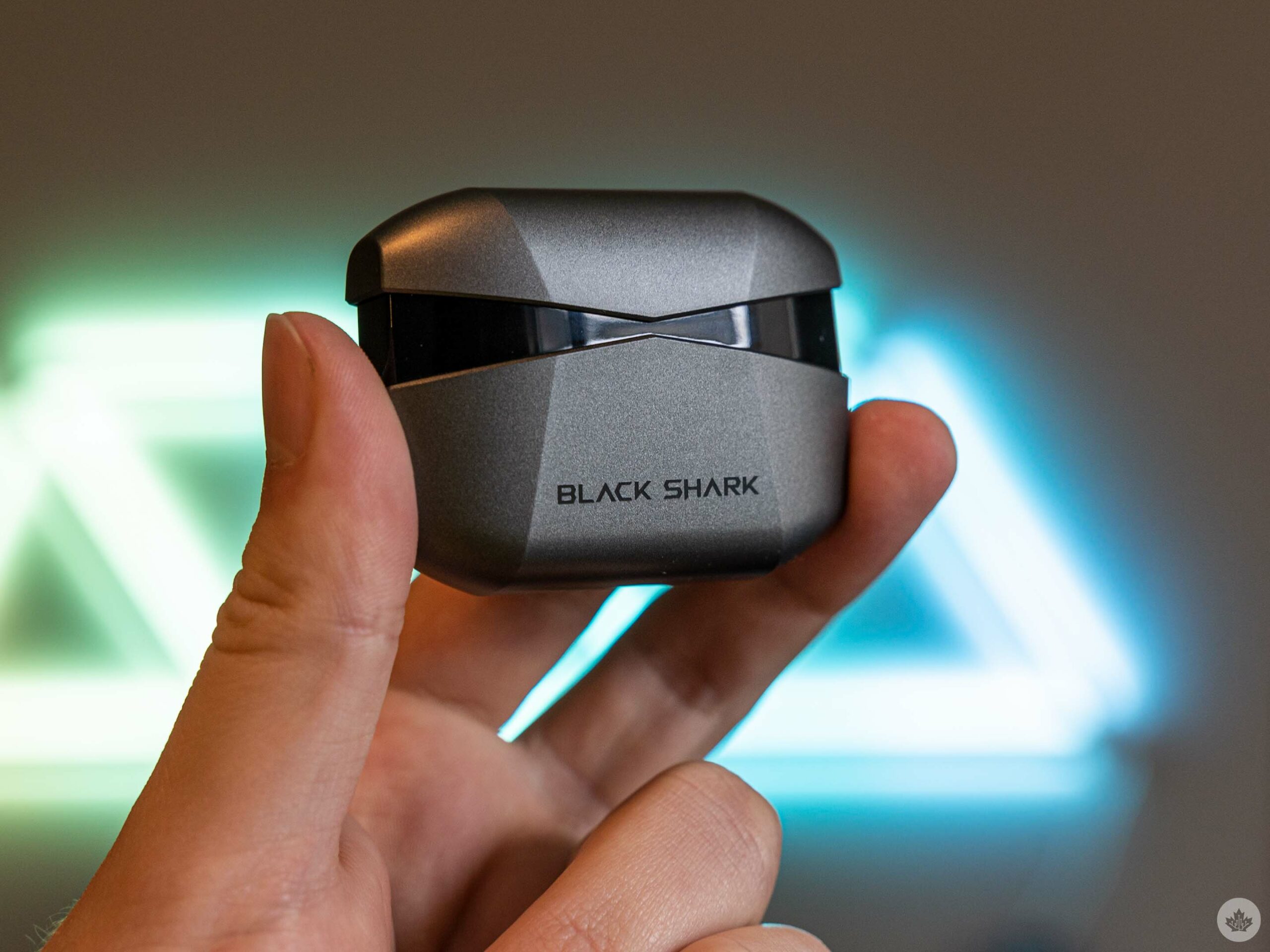 The T2 earbuds have a slightly different design with a simple grey and black design. The buds are slightly larger that the T1s. Unfortunately, the T2s became more uncomfortable to wear than the t1s. I find in-ear buds like this uncomfortable after long listening sessions. But the T2 earbuds reach that point much faster than most.

Overall, I’d say the Black Shark Lucifer T2 earbuds mostly improve on the T1 buds. The T2s are superior in hardware, and the T1s can be beat in almost all categories except for case battery life. However, the T2s have a longer earbud life. While I prefer the T1 earbuds due to comfort, most people looking for wireless earbuds under $50 would be happy with either model.

Amazon currently has the Black Shark Lucifer T2 Earbuds for $42.49, down from $49.99 at the time of writing. The Lucifer T1 was on sale for just $33.99 (down to the regular $39.99), making them more attractive for penny-pinchers. Either way, if you’re willing to spend more on wireless earbuds, there are much better options with added features like noise cancellation and improved sound.

Articledesk has affiliate partnerships. These partnerships don’t influence our editorial content but AdTeam might earn a commission for purchases made through these links.